I was kickin' it with my parents tonight and we watched two TV shows that overlapped: Chicago Fire and then Chicago PD. I don't watch too much TV outside of SOA, True Blood, and Twilight. (Yes, the books are better, but I openly admit I've seen all the Twilight movies too many times to count. And I'm not ashamed, damnit! OK... maybe a little...)

Anyhoo, I was totally into Chicago Fire. I was impressed with the diverse cast. It seemed to really represent Chitown. I'm not a Chicago native, but when I travel internationally, it's the closest city people know of. To say, "I grew up in Indiana on the Michigan border" means noting, but "I grew up close to Chicago" elicits "oh yeah, Chicago" from people. So I feel a bit of a connection to  Chicagoland. Plus I have gotten fuuuuucked up in Chicago a more times than I have fingers to count on. Good times. Good times.

So I was all hype about the diversity of the cast. There was some two night special going on where Chicago PD was going to pick up where Chicago Fire left off (total cliffhanger), and since we weren't watching live TV (my parents haven't watched live TV since they got DVR a few years back) I said, "You got the next one, Dad????" I was into it.

Sadly, it seems that according to the TV network, the Chicago police department is nowhere near as diverse as the fire department. Boooo... Major bummer. I enjoyed the continuation of the story, but would have liked to see more diversity.

Going off on a tangent here...

So I was convinced this guy was Donnie Wahlberg: 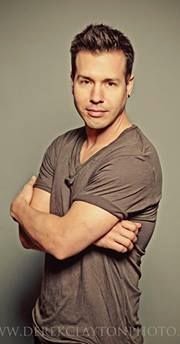 Nope, Jon Seda. My mom kept telling me it wasn't the former NKOTB singer, but I had to Wiki it. Found out he's Latino-- Puerto Rican to be precise. Does he look Latino in that pic? Eh. What does Latino look like? My BFF is Mexican and she is like me-- the lightest shade of foundation at the MAC counter. I am well aware that Latinos come in all shades. In a TV show, when ole boy is lookin' like this (above pic), it is not adding to the diversity of the cast per se. Now if they had him looking like this, maybe... 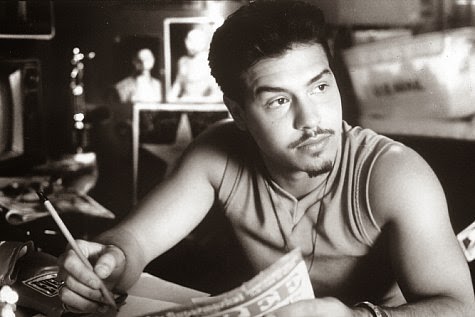 I don't think that we need to super Latino out every person of Latin descent on TV. Nor do I think Latino actors and actresses should not be able to play "American" characters, as they are Americans. We're a melting pot. You can be any shade of the rainbow and be American: Black, White, Latin, Asian, Native American, etc.

My point here is that when you take Jon Seda, give him highlights, keep him out of the sun, and take away his facial hair, he not going to add "diversity" to your TV show cast as he is going to look like another white guy (or Donnie Wahlberg).

Really, that wasn't my only point. Swur. My point's that I was disappointed at the lack of diversity on Chicago PD. And as I am about to finish up Saving Toby tonight, a book with a bit of diversity going on, I was hype to see Chicago Fire with such a diverse cast. I don't know about you, but my world is full of skin colors, accents, and ethnic backgrounds, so that is also reflected in my books. It's what is so great about the United States. My Mexican BFF is just as American as me.

I believe I am done rambling about diversity and Chicago for the night. If I think of anything else, blogspot has this awesome way to update posts. I think I'm good though. I'm sleepy. A long but fun weekend is catching up to me. Mama needs her beauty rest.

Posted by ReadEmilyEck at 10:01 PM