I guess I should be promoting my books, right? So here goes... 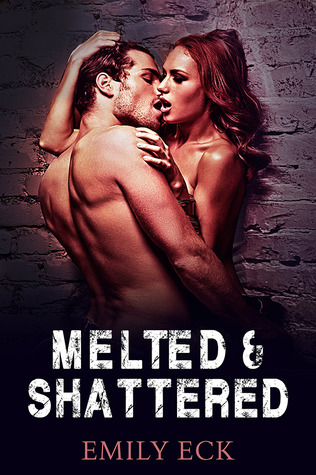 After that is J Roars. Sorry, no cover yet. :(
J Roars ends on a cliff, but no where near where I left you at the end of Steel & Ice/J Speaks.

In previous posts, I have said the last scene of Melted & Shattered made me think of the video, Aire by Golden Ganga. The video is free and fun. It's two people enjoying each other. So that is why I chose it for the "soundtrack" to Melted & Shattered.


If you are reading this on the phone, you will not be able to see the video. (Fuckin' blogger.com) so here is the link: https://www.youtube.com/watch?v=nH83oU1aGMQ

Like my books, New World Order is gritty as fuck. I've met the members of Buenos Inquilinos, and they were cool as hell. Maybe they will make a guest appearance in Book 3 as Elle and J may be taking a trip to Morelia. We'll see :)

Speaking of my books...
Like I said, Melted & Shattered comes out April 21st with J Roars coming out shortly there after. Melted & Shattered finds Elle struggling to get her life in order after the mess J leaves. It's angsty and emotional. I poured myself into it, forcing myself to relive some of the sorrowful events of my early 20s. I had to take myself to some of the sadder times in my life to pull out the emotions needed to convey what Elle is going through in the aftermath of Steel & Ice. As well, in Melted & Shattered we see Elle becoming more attached to the teens, and it's hella confusing for her. She knows she wants to be a better person for them, but her life outside of the Center is at odds at with her time with the teens.

If you are bilingual and have read Steel & Ice and J Speaks, the video Aire ending Melted & Shattered tells you what you need to know about the direction of Elle and J's relationship. As well, The last sentence of Melted & Shattered being the video New World Order also lets you know that shit is anything but calm. Really, you think I'd leave you with calm? Fuck no!


Posted by ReadEmilyEck at 1:32 PM